La Carrera Panamericana, or "The Mexican Road Race" was held from 1950 through 1954. The route followed the full length of Mexico from south to the north. From sea-level to altitudes reaching over 10,000 feet. It encompassed 2,100 miles in just 6 days. 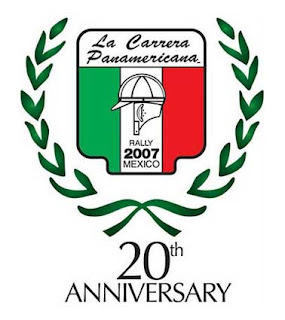 The original concept was to create a race commemorating the opening of the Pan-American Highway. The highway began at the border with Guatemala in the south and linked Mexico with the United States in the north. Publicity from the race was intended to draw attention of American tourists to the newly paved highway. Auto manufacturers saw the race as an opportunity to add the Panamericana to their list of bragging rights for racing, reliability, and performance. Soon, La Carrera became a world championship event, as recognizable as Le Mand and the Mille Miglia on the International motorsports rally circuit. It was the only race that featured American stock cars competing alongside European sports cars. Ferrari, Porsche, and Lincoln quickly became the stars of La Carrera.

Most teams carried heavy sponsorship and carried a plethora of logos as well as wild and exotic graphics proudly displayed on their cars. The lincoln factory team painted cartoon characters on the hoods of their cars to tell them apart. Mexican actress Jacqueline Evans de Lopes had a memorial portrait of Eva Peron on the hood and doors of her Porsche 356. Porsche took the "Carrera" name to use on it's 911 and the term "Hot Rod Lincoln" was created at La Carrera Panamericana,

The race of 1955 did not happen due to many deaths, increasing speeds, and growing unruly spectators...

2007 is the 20th running of "La Carrera Panamericana" and the second year of an open, "Unlimited Class" which allows for more "moderne" cars to participate. The route runs from El Camaron in Oaxaca in the south to Monterrey in Zacatecas in the north. 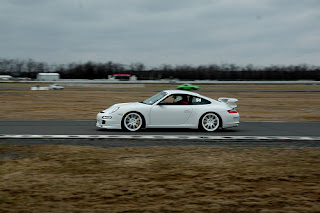 This year, we'll be campaigning a 2007 Porsche 911 GT3. The car is being prepared by Porsche of Huntington and will be driven by Emil Rensing and Keri Rensing. This blog will chronicle the prep, training, and race for everyone to follow...
Posted by EmilGH at 8:20 AM

looking forward to this shit !!!

Looking forward to meeting you guys when you get there.

I am curious, I just checked the entry list and don't see that car or those names signed up. Are you sure they are running this year?

Is there a published entry list? I don't see one online.

We are definitely running it. We will be car #555.

There is a list that is sent to each team after they sign up and then they supply you with a password in order to see the list. Not sure why it's that way? They have been slow at times posting them, however, I do not see a car #555 nor do I see your white Porsch.

Thank for sharing, Carrera Panamericana is amazing car. I love its speed and its looks are fabulous. You can rent luxury car in Miami.